What a week!  First Todd Akin steps into a hornets nest with the comment that circled the world (twice!):

“If it’s a legitimate rape, the female body has ways to try to shut that whole thing down. But let’s assume that maybe that didn’t work or something: I think there should be some punishment, but the punishment ought to be of the rapist, and not attacking the child.”

I practically had a seizure when I read that.  Okay, let’s break it down.  First “legitimate rape”, what the hell does that mean?!  Is there a legitimate reason to force a woman to have sex with you?  Not in my world buddy.  Second, “the female body has ways to shut that whole thing down”…wha?  I mean seriously this guy knows NOTHING about females if he can say this with a straight face.  And last, and in my humble opinion most egregious, “but the  punishment ought to be of the rapist and not attacking the child”.  So choosing not to give birth to your rapist’s child is “attacking” it?  I loathe this idea that a child in utero is somehow more valuable and important than the fully grown woman carrying it.  This entire thing is just reprehensible.  It belittles us women.

On top of that this week Rick Perry, governor of Texas won a suit to defund Planned Parenthood.  Yup, he’s removing them from the Women’s Health Initiative and, get this, calling it a “win for Texas women”.  Again I’m flabbergasted.  How is removing a low income health provider going to help women in a state with no income tax which is hostile to illegal immigrants and has a governor with his head up his ***?

The bi-partisan Super Committee has admitted defeat.  Tasked with finding $1.2 trillion in spending reductions, they have proved unable to push past party politics.  Mired in political gridlock yesterday the Committee threw up its hands and told the American public that we just don’t matter.  Well it matters to the stock market.  It tanked 284 points on the news.  And it matters to seniors looking to have their Social Security cut back, their Medicare and Medicaid cut off.  It matters to the jobless. 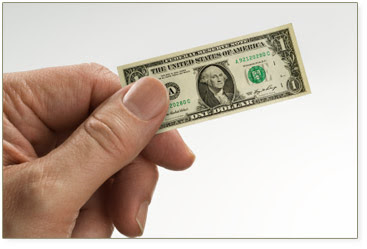 Diabolically oblivious Fed Chairman Ben Bernanke made news this week when in the face of all credible evidence to the contrary, he declared there is “No inflation” in America right now.  Really Ben?  Really?  Well let’s look at the facts, shall we?  The price of gas is up, the price of food is up, the price of energy is…say it with me…up.  In fact Mr. Chairman if you do the research you’ll learn that the cost of the makings of a Thanksgiving dinner are also up.  13% year over year.  That’s what I call double digit inflation.  I find it incredibly disingenous of the government to tell us that inflation is stable while not counting the most combustile priced things that we buy.  As the Frog pointed out to me gas has gone up (and then down again) at least 20% over the past year alone.  I’m guessing it’s only going to go up again.  So are food prices.  I was at a convenience store today where they were touting milk for $3.99 a gallon.  When did $3.99 milk become a bargain?  Oh yeah, right about the time they raised the cost of my parking by 20% and then another 20% a few short months later.  No inflation, just saying that doesn’t make it so.

but lots and lots of alcohol I’m guessing…

Michelle Bachmann today stood up for millionaire and billionaires everywhere when she declared in her campaigning that, “Taxes are high enough already”.   Watch the video and tell me that you don’t think her audience is not made up of the super wealthy.  I’ve never seen a more lukewarm reception.  Had I not read she was in South Carolina, I would have thought she was in her home state trying to convince the Minnesotans that taxes are, ‘too damn high’.  As it is, the audience is probably all snowbirds anyway.  I mean let’s face it Midwesterners love the South, and they will do anything to evade paying taxes in their home state, so maybe they really are her demographic.

I am so sick of the debate over the debt ceiling.  It’s all anyone has talked about for the past couple of weeks.  News outlets breathlessly report that we are approaching the time limit for passing debt ceiling legislation while Tea Partiers harrass their newly elected representatives saying that raised taxes will end in their being turned out of office.  It’s all rhetoric.  That is until Moody’s really does downgrade the U.S. credit and we’re all totally humped.  And President Obama, this appeal the middle class to ‘sacrifice’ for the sake of the Nation.  You can just stuff it.  I’ve sacrificed all right.  I’ve paid into social security, worker’s comp and Medicare/Medicaid all my life and I’m not going to get diddly from any one of those programs.  I accept that and I’ve planned for my retirement, but if you and the Congress blow this one the U.S. economy is going to spiral into freefall and once again I’ll watch my retirement savings vanish in front of my eyes.

It’s time for you people to make a deal and get real.  Raise taxes.  You don’t pay your bills by making less money, why on earth would you believe the U.S. can meet it’s debts without bringing in more cash?  We are borrowing money now because we don’t have enough to meet our obligations.  Cut spending.  Stop funding wars, prisons, and programs we simply don’t need.  No sacred cows.  Just do it.  America is tired of hearing you all rail about the debt.  We want a solution, not more hot air so get in there and hash out a deal.  Or I myself will make it my mission to turn you out of office.  You hear me?

You just stepped in it.  Big time.  Michelle Bachmann, Republican front runner and the gift that just keeps on giving, compared herself this week to John Wayne. She meant the macho, moralizing Hollywood star.  Unfortunately she said John Wayne of Waterloo, Iowa.  Ummmm…the serial killer?  Nice.  See now if you didn’t spend so much time worrying about Liberal conspiracies Michelle you might have heard of this thing called Google or, wait for it Wikipedia.

All I can say is I’m not voting for you, that’s for sure.