but lots and lots of alcohol I’m guessing…

You just stepped in it.  Big time.  Michelle Bachmann, Republican front runner and the gift that just keeps on giving, compared herself this week to John Wayne. She meant the macho, moralizing Hollywood star.  Unfortunately she said John Wayne of Waterloo, Iowa.  Ummmm…the serial killer?  Nice.  See now if you didn’t spend so much time worrying about Liberal conspiracies Michelle you might have heard of this thing called Google or, wait for it Wikipedia.

All I can say is I’m not voting for you, that’s for sure.

OMG the Bronx Zoo cobra who escaped over the weekend has a Twitter feed and he/she is hilarious!  My favorite tweet so far:

On top of the Empire State Building! All the people look like little mice down there. Delicious little mice. #snakeonthetown This is a screen shot that actually came to the Frog this week.  You recommended a bloody Shakespearean tragedy based on our having previously rented Monty Python, Battlestar Galactic and Wallace & Gromit?  Um, what?!  And I thought Amazon’s recommendation software sucked! 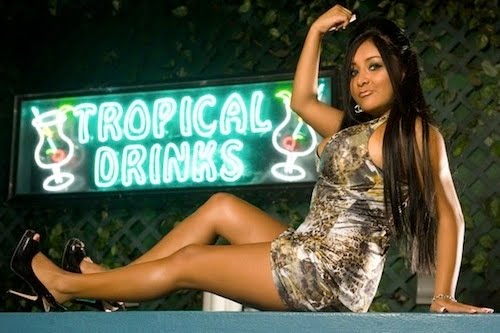 I’d rather drop her on her head.  Not MTV though, they’ve arranged for their 15 min. media whore to be dropped in a ball at midnight tonight in Seaside Heights, NJ. Yup the pocket sized drunken tanning poster child will descend in a glass ball to welcome 2011.  Don’t you wish you were there for that party? Classy.

In the weirdest news headline of the week country singer Shania Twain announced her engagement to Frederic Thiebaud.  Not that unusual, right?  Until you realize that Mr. Thiebaud is the ex-husband of the woman that Shania’s ex-husband, Mutt Lange, left her for.  Did you follow that?  Shania’s creepy ex cheated on her with Thiebaud’s ex wife Marie-Anne.  Seems Shania and Thiebaud fell into each others arms as their marriages dissolved, and now are blissfully engaged to tie the knot themselves.  I swear if I hadn’t read this on HuffPo I’d think it was a pitch for a new ABC series.  Surreal!  I wonder if the exes are invited to the wedding.