“Do not touch my junk …” Man Takes Issue With TSA

The Estate Tax: What Would Jesus Do?

And one awesome quote:

Study: If You Like Your Sperm, Don’t Put Your Laptop On Your Lap

Doomgraph: This Recession’s Unemployment vs Other Recessions

Terror Group Gets ‘A’ Rating From Better Business Bureau?

and one really awesome quote:

The whole cable industry is starting to look like Blockbuster. They’ve persisted for years in gouging their customers with crappy selection, prices, and service — pretty much because they’re the only game in town. Resentment builds and the minute a viable alternative appears people jump ship. (Consumerist.com)

That’s Carnival’s motto. Today, 3+ days after being stranded at sea without power, the captives, ahem, passengers of the Carnival Splendour are finally free. They were let off in the port of San Diego this morning and expressed great relief at the chance to get a hot meal and use a bathroom. Yes, the toilets on the Splendour went down when the generator did and stayed down for 3 solid days. I don’t know what pictures are in your mind right now, but the one in mine is just plain gross. I’m fascinated to see if this will resemble the great Jet Blue meltdown of 2007 or if Carnival can spin this hay into gold. They’ve already promised the disappointed cruisers a refund and another free cruise. Not that I’d want to get on one of their boats, but you never know…might be fun.  :-)

They might as well have titled it, Who Cares. 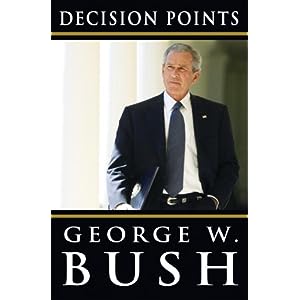 Is Obama this nation’s ‘rebound guy’?

Ozzy Osbourne Is a Mutant: And Science Proves It

and one really stellar quote:

Republicans who were elected on Tuesday are beginning to deliver on their campaign promises to kill America’s future.

I’ve been noticing recently that headlines are getting a bit strange.  They use slang, bad grammar, and often they are misspelled.  Now they’ve gone cutesy.  Like this headline today:

This is news?!  And on CNN.com no less.  I think journalism is well and truly dead.

“If this passes and it’s five years from now and all that stuff gets implemented — I am leaving the country. I’ll go to Costa Rica,” the conservative talker told a caller to his program.

Support for reform in the House and Senate immediately shot up, as members were deluged by constituent phone calls and emails urging they take Limbaugh up on his offer.

A snap poll taken last night by Stan Dardeviasian of Dardeviasian Opinion Research showed that after Limbaugh said he would leave the country, public support for health care reform increased to 80 percent — up from 65 percent last Friday.

“Rush Limbaugh has finally given the American people something they can agree on about health care reform, providing the final push to get it over the top,” said an obviously pleased House Speaker Nancy Pelosi.

“Thanks to Rush, we now have an overwhelming majority in both houses of Congress, we should have this wrapped up by the end of the day,” she said.

In recognition of Limbaugh’s support, Pelosi said the reconciliation bill would be renamed the Buy The Big Fat Idiot A Ticket On An Omnibus to Costa Rica Act.

Extreme modesty activists are in a celebratory mood, after producers of America’s Next Top Model announced today that God will be a judge on three episodes of the program.

“It’s about time the fashion world turned to God,” said Nutt. “All those plunging necklines almost exposing pink, delicate nipples; the skirts slit up to where you can see nearly everything; the see-through fabrics — it’s a wonder those models aren’t continually raped day in day out. By closeted lesbians,” Nutt said.

“What we need are Bible-believing models in Christian burkas, so that everything will be left to the imagination,” she added.

Nutt said she had briefly considered plucking out her eyes, so as to not see things that might offend her. “But then I wouldn’t be able to almost see women’s nipples. In order to judge their modesty,” she said.

A staffer with the America’s Next Top Model production company confirms it is responding to pressure from a religious segment of the audience. “The South is glued to their televisions, and what the market research is telling us is that they want titillation on TV, but not in public,” said assistant show runner Giorgio R. Frandle.

“Therefore we’re going to show even more of the models dressing, undressing, and parading around in next to nothing backstage. But on the runway, the fashions to be popularized will be made of burlap, and offer head-to-toe modesty,” Frandle said.

Show host Tyra Banks said she is excited at working with I Am That I Am. “Maybe he can help clear up people confusing me with Naomi Campbell all the time,” said Banks, adding, “I’ve never laid a hand on a cab driver in my life.”

Apparently even MTV itself is giving up on the fiction that they still play music. What was it…a decade ago that TRL became the only remaining music-oriented show on MTV? And even that went the way of the Dodo back in 2008.

The new logo won’t even contain the words “Music Television” not even in a nod to the network’s heritage.