Ah USAToday.com you provide hours and hours of family fun.  I giggled when I saw this headline yesterday.  You don’t pay these guys millions and millions of dollars not to mess themselves up.  You pay them so they do just that.  What’s even funnier is that the New York Times threw up a shot of the poster (below).  I’m not sure there’s a guy in the NFL who could actually read this thing.  May I suggest a poster with illustrations instead? 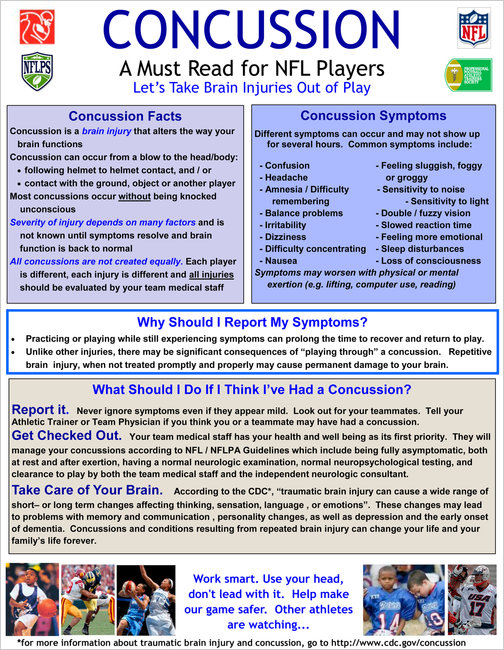 The Republican Party surprised the collegiate basketball world today, when it declared itself the favorite to win this month’s ‘March Madness.’

“If this is about who’s the most insane, it’s a slam dunk for Republicans because we are the maddest of all,” said Rep. Michele Bachmann, the party’s go-to person on derangement issues.

The squad’s chief playcaller is Sarah “Death Panels” Palin, who writes all the plays on her hand. She gave up her final year of eligibility at Alaska in order to be drafted in 2008.

Palin is joined in the back court by John “The Tan” Boehner, who once forgot that health care reform bills have passed both the House and Senate.

Then there’s the totally nuts Sen. Jim Bunning from Kentucky, who tried to cut off the unemployment and COBRA benefits of hundreds of thousands of registered voters. He is so popular fans mobbed him as he tried to enter his private elevator, which does not go all the way to the top.

Finally there is “Crazy Eyes” Bachmann herself, a second-term outpatient from Minnesota who has called for revolution, is suspicious of the Census, and is currently accusing the media of treason.

The GOP also thinks its bench gives it an advantage, deep with senators who play killer defense on health care reform, and House members who can’t bring themselves to call Joseph Stack a terrorist. New sixth man discovery Bob Marshall of Virginia — who says birth defects are God’s punishment for women who aborted their first pregnancies — adds extra delusion to Coach Steele’s playbook.

The one question mark is veteran Ron Paul, a fan favorite who nonetheless is in Steele’s doghouse and seen his playing time dwindle to nothing.

The Democratic Party had expected to be highly seeded this year, but has seen its March Madness hopes disappear in the past three weeks after both James Traficant and Eric Massa quit the team. Head coach Barack “The Big O” Obama hopes health care reform with no public option is just insane enough to make Democrats this year’s Cinderella squad.

Sarah Palin dropped out of the 2010 Iditarod today, earning her the distinction of being the first former Alaska Governor to quit the storied 1,100 mile endurance challenge.

Palin’s withdrawal comes after two days of disappointments out on the route. Palin was delayed on Saturday in Anchorage when her number one and two dogs Levi and Bristol ran off into the woods together for two hours. As a result the race had to be restarted Sunday.

After the restart Palin failed to shoot any wolves from her sled. “The terrain was unsportsmanlike by being so bumpy that I couldn’t get off a clean shot at any of them dontcha know,” she said Sunday afternoon via satellite phone.

Soon after that Palin was again delayed, this time by a crew from Dog Fancy magazine who had come to photograph Levi for the April centerfold.

Palin suffered another setback Sunday evening when perspiration blurred the directions she had written on her hand. As a result she took a wrong turn in the dark near Yentna Station and fell into last place.

“This is too hard, I quit,” Palin radioed to race officials this morning.

However, the Iditarod will not be a total loss for Palin. She has received a $1.25 million advance from HarperCollins to write a book about how to win the Iditarod, and she gets to keep all the musher apparel and equipment provided by Loki, Go, Neos, and Archie McPhee.

And Bristol is expecting puppies.

In other news, Senator John McCain today explained his decision to include dead people among the signatories of a letter opposing an end to the ‘don’t ask, don’t tell’ policy on gays in the military. “I’m a big supporter of seance,” said the four term Arizona lawmaker. “Our nation has produced many great military leaders like George McClellan, George Armstrong Custer, Bill Westmoreland, and my old navy buddy Matt Perry. Why should we limit ourselves to the opinions of the living, when at stake is whether our men in uniform are comfortable in the showers?”

Headline: Nestle rebuked by the FDA for misleading labeling
Translation: Must now be pronounced ‘nessel’

On Fox News Sunday, Hume told Woods he could gain redemption by rejecting Buddhism and accepting Christ, and also take 5 strokes off his game.

The win earns Hume a pair of reserved orchestra-level seats at Saddleback with flattering key lighting for one-year, as well as a parking space, an I Slurred a Major World Religion and All I Got Was This Lousy Baptismal Robe baptismal robe, and free coffee refills at the church samovar.

Hume did it with a strategy that relied on quantity over quality, says veteran airport proselytizer Krishna Tim.

“The content of the witnessing was pretty standard, focusing on Christianity’s value in athletic contests,” said Tim.

“What carried Hume to victory was that his message was seen not only by Woods, but also by the 3 million people watching on TV and another 9 million who watched the video later at MediaMatters.org,” Tim said. The resulting 12 million proselytizing points led to a wide margin of victory over the other competitors from the Saddleback Sunday School program.

Reaction of Buddhists was predictably compassionate and understanding. But in Dharamsala, India, a spokesman for His Holiness the 14th Dalai Lama begged to differ with Hume’s views.

“The practice of meditation offers greatly superior mental preparation for golfers,” said media relations officer Sogyal Nicklaus, who cited as proof the victory of Michael O’Keefe over Ted Knight in the film Caddyshack.

“There I was, ready for some football, only to have this all-American game, the most popular sport in the world, slam the door in my face,” Limbaugh told Sean Hannity, during an appearance on the Fox News program Hannity.

“NFL ownership is a right, not a privilege. When an Everyman like me cannot buy my way into ownership of a football team, the system needs to be reformed. The time has come for a public option — a publicly owned, federally managed NFL franchise that any multi-bajillionaire can buy a piece of, and would provide some nonprofit competition for Big Football,” he said.

Pressed by Hannity on whether a public franchise amounts to the same kind of socialism as President Obama’s health care reform initiative, Limbaugh responded angrily.

“Of course it’s fucking socialist — what do you think the NFL is? I was trying to get me some of that sweet, sweet, owner profit sharing,” Limbaugh said.

Headline: Serena Williams out after US Open rant.
Translation: Williams yells out “You lie!” at lineswoman.

Headline: Ichiro record getting little attention in the US.
Translation: Exchange rate leaves Ichiro with only 2.2 hits US

Headline: Prudential, Hartford Among Insurers Cleared for US Bailout
Translation: Geithner gored by stag after being hit by piece of the rock

Headline: Rove to Be Interviewed Over Attorney Firings
Translation: Poll – Americans say waterboarding would be OK in interview of this type

Olympic gold medalist Michael Phelps apologized today for “bad judgment” and “regrettable” behavior, following a British newspaper’s publication of a photograph in which the swimmer appears to be using a product that is not a sponsor of the US Olympic Committee.

Published Saturday in The Scutter, the picture showed the winner of 14 gold medals smoking a marijuana pipe.

Team USA sponsor Anheuser-Busch and worldwide sponsors Tsing Tao and Yanjing Beer voiced displeasure over the news that Phelps was not getting a buzz with their products.

Anheuser-Busch spokesman Clyde S. Dale did not mince words. “We paid millions to put our name on the Games, is it too much to ask that this freak of nature remember to have a bottle of BL Lime in his hand when there are cameras around?” Dale asked.

The US Olympic Committee quickly responded, issuing a statement on Sunday upbraiding Phelps for failing to “fulfill his responsibilities as a consumer role model.”

Phelps, speaking Sunday to sports journalists over cocktails at the Orioles Grill in the Baltimore Sheraton Hotel, was contrite. “I used bad judgment associating my name with a product that is not part of the Olympics’ system of sponsor endorsements. Instead, I should have kicked back and relaxed with a Budweiser,” said Phelps.

“By making the mistake of smoking pot, I put profits into the hands of only a few growers and distributors, instead of the international multimedia money-generating machine that is amateur athletics,” he added.

Boxer Antonio Margarito had his license suspended Wednesday by the California State Athletic Commission because a plaster-like substance was found under the boxer’s hand wraps before his loss last weekend to “Sugar” Shane Mosley. Thankfully it was found before the fight. The incident is reminiscent of the sad story of Billy Collins and Luis Resto.

In April of 2008, former welterweight boxer Luis Resto admitted that the tape used to wrap his hands before mauling Billy Collins in a ten-round bout held in the summer of 1983 had been soaked in plaster or Paris. It was previously known that Resto’s gloves had been meddled with as well; each glove had two inches of padding removed.

In 1986, Resto and his trainer were convicted of assault and both men served 2 and a half years in prison. Resto never boxed again.

The damage to Collins was severe and likely contributed to his death:

During the fight Collins had suffered a torn iris and permanently blurred vision, which prevented him from boxing again. After losing two jobs in a short time after the fight he began smoking marijuana and drinking heavily. His violent mood swings threatened his marriage. Finally, on March 6, 1984, he crashed his car into a culvert near his home in Antioch, Tennessee; a suburb of Nashville. He was killed on impact. Many commentators, as well as Collins’ family, believe that the loss of his livelihood broke him psychologically.[1]

Collins loss to Resto was later thrown out and Collins died undefeated, 14-0.

“My boy would have been world champion. He would have been great,” Collins’ father later told The Tennessean. “I fought it for 20 years and couldn’t beat the system. I just gave up on it. It shoulda been an open and shut case, but there was no justice. It’s still hounding me.”