I was falling over laughing this week about the insane details coming out about John Edwards infamous “Mistress Cover-up”.  This man has got to be the dumbest lay ever.  First he falls for a new agey California filmmaker.  Then he decides he’ll just cheat a little bit on his wife.  Did I mention she’s suffering from incurable cancer?  Shades of Newt Gingrich anyone?  Well the story goes on.  Turns out the idiot mistress gets pregnant and Edwards campaign manager sends her into hiding so that Edwards can maintain his bid for president.  His former aide who accepted responsibility for the child’s paternity also goes into hiding with her and his wife.  Are you still with me?  Well they spend the entire pregnancy camped out in high end hotels and flying around the country in private jets all on the dime of a 99 year old  private donor named “Bunny” Mellon.  To the tune of $700,000 sent via chocolate boxes with notes saying, “This is the save the nation.”.  Obviously Bunny had no idea what she was paying for.  In the end they spent over a million dollars and it all came out anyway.  These things always do.  What next?  Well the aide is morally indignant enough with Edwards actions that he has written (and is flogging) his own book, The Politician.  Yeah, the guy who lied about paternity is pissed because Edwards didn’t tell America the truth.  Somebody get that guy a mirror, “Hello pot?  This is the kettle, you’re black!”.  Oh and did I mention he has photos and a sex tape of Edwards and his mistress safely stashed away?  American scandal.  It just doesn’t get any better than this!

J.D. Salinger — Yes I have read Catcher in the Rye, and…no, I didn’t particularly like it. But there is no questioning that the American literary landscape is poorer now that Salinger has passed away. Hopefully rumors of a huge catalog of unpublished works are true and that we’ll now see some of those works in print.

Jean Simmons — Everyone has a favorite actress from the ‘golden era’ of American cinema. People like to talk about Liz Taylor, Audrey Hepburn, Vivien Leigh, Grace Kelly, or Ingrid Bergman. But for me, it was always Jean Simmons, a great beauty and a great, though perhaps not the greatest, actress of her generation. Ms. Simmons died last Friday at the age of 80.

The Mars Spirit Rover — Anyone who’s read Ragebot! (or before that Blognonymous) knows that I’m a big fan of the Mars Rovers. Without exception, Spirit and Opportunity are the most successful vehicles of space exploration ever built. Designed to last only 3 months, these complex scientific platforms have been trundling across the martian surface, doing their thing, for over 6 YEARS! Well, early this week, the Spirit operations team at JPL announced that their attempts to get the rover ‘unstuck’ from a sand pit were unsuccessful, and that, henceforth, they would concentrate on keeping Spirit alive through the martian winter. It’s roving is over, but hopefully Spirit will live on as a stationary science lab.

President Obama will use his first State of the Union address tonight to say he has learned a great deal in the first year of his administration. An advance outline of the speech reveals he will tell the American people and a joint session of Congress that lessons learned from those failures will help shape failures during his second year in office.

The theme will be ‘if you are disappointed by the failure of health care reform, you ain’t seen nothing yet.’

The president is still fine tuning his remarks, but true to his reputation for bipartisanship he is expected to include many Republican applause lines. The text is said to currently include the sentence, ‘our failures will get bigger and stupider, each more maddeningly boneheaded than the one preceding it.’

• The president will ask Israel to allow a homeland for the Palestinians, but will settle for a disused mini-golf course in East Jerusalem.
• The CIA will orchestrate a separatist movement in the Burgundy region of France, straining relations with the European Union.
• The State Department will act to negotiate peace between Apple and Amazon in the tablet war.

• Obama will propose uniting Pakistan and Afghanistan into one country, ‘Pakanistan,’ so U.S. Predator drones will no longer need to worry about which side of the border they’re on.

• Air travelers concerned about being recorded by whole-body millimeter wave scanners will be offered new privacy protections: scan-reflecting thongs and, for women, tassels.

• Covert funding of the aforementioned Burgundian separatist movement will result in guerrilla action in the vicinity of Dijon. Supplies of mustard will be interrupted, rippling through the U.S. hamburger, hot dog, and stadium concessions sectors.

• The president will announce that leading economic indicators are predicting the only thing stimulated in the economy this year will be John and Elizabeth Edwards’ divorce lawyers.

Discussion of domestic policy must include the issue that bedeviled the first 12 months of Obama’s administration: health care reform, which he is almost certain to relate to the recently announced three-year non-defense spending freeze.

Obama is likely to sell the freeze as a way to guarantee there will be no way to fund any public insurance solution. This pledge will be called ‘insurance for insurance companies.’

He will also call on Congress to allow banks to review and edit legislation on banking regulation and investor protection. A proposal for federally-funded investor protection helmets, with decals designed by Sasha and Malia, could be a big hit with Republican skateboarders.

Relive Eritas’s SOTU tweets No iNews Friday this week.
Get all the iNews on Twitter

Stocks surged today in response to news that giants of the American banking, manufacturing, health, insurance, agriculture and defense sectors have decided to outsource the legislative branch to China, at a cost of 535 American jobs.

The decision is being blamed on the high cost of influencing legislation.

“Even under the old restrictions, influencing Congressional campaigns and legislation already costs us over a billion dollars a year,” said Lydia “Trey” Martini-Lunche of the Commerce And Business Advocacy League.

“Now that corporate persons are allowed to spend even more on influence, we’re going to see upward pressure on prices as influence providers start charging more, and charging for services that are now free — like cash transfers and drive-thru windows,” said Martini-Lunche.

U.S. Chamber of Commerce president Edie T. Amin said legislation can be influenced more efficiently and cheaply in China, while maintaining quality. “There are little old ladies in Xinjiang province who can crank out deregulation bills 18 hours a day, for only $300 a month,” said Amin.

On a positive note, Amin believes most companies will keep a token legislative presence in the U.S., with Senators Joe Lieberman and Ben Nelson likely to staff a B2B call center.

There’s very little I can add to the unbelievably offensive comments regarding the needy spouted by South Carolina’s asswipe of a Lt. Governor, Andre Bauer. So let’s just start with his own words:

My grandmother was not a highly educated woman, but she told me as a small child to quit feeding stray animals. You know why? Because they breed. You’re facilitating the problem if you give an animal or a person ample food supply. They will reproduce, especially ones that don’t think too much further than that. And so what you’ve got to do is you’ve got to curtail that type of behavior. They don’t know any better…

When I lost my job back in 2009, I *DID* take federal assistance for the first time in my life, and after 23 years of continuous employment. Does that make me an animal? Though not exactly where Bauer was going, I’m sure that in today’s GOP you could find at least one (perhaps many) morons who’d gladly parrot this kind of dangerous thinking. And the ‘thuglicans wonder why they can only seem to win elections when they capitalize on Democratic myopia.

I predict that this loathsome prick will soon be out of a job himself, and I wonder if, then, he’ll be the one considering federal assistance.

<< Previous  To This We Have Been Reduced  Next >>

“I won’t stop fighting for you!”

— President Barack Obama (in a speech in northeastern Ohio)

“When did you start?” 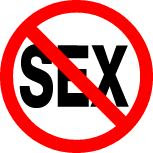 Headline:  Bristol Palin Vows Not to Have Sex Again Until Marriage

Headline: 11 Networks Plan Benefit Telethon
Translation: Limbaugh outraged- “What am I supposed to watch that night?”

Headline: Obama declares war on Too Big To Fail
Translation: Unfortunately, Obama was not too big to fail

Headline: Sen. Landrieu – It’s time to move on from healthcare debate
Translation: Has appointment to roll around in a bed full of lobbyist donations

President Obama’s new initiative to limit the size of corporations met with stiff resistance from civil rights activists today, following the Supreme Court’s ruling that corporations are entitled to the same right of expression as natural persons.

The ruling buoyed a group of corporate marriage activists marching in front of the White House. Many held placards reading, “Freedom To Merge,” “Adam & Eve and Comcast & NBC,” and “Keep Your Laws Off My Org Chart.”

Corporations who had gathered outside the high court cheered when the 5-4 decision was announced. “We’re close to winning equal rights as people, said Cerberus Capital. “Soon I’ll be able to call my insatiable desire to consume small companies something other than monopoly.”

Cerberus said he and his partners hope to someday start a family and adopt several Congressional oversight committees.

Pastor Jim Phelps, chaplain at the International Monetary Fund Wedding Chapel, has long campaigned for the right for two or more corporations to marry. Phelps hailed the court’s decision as a good first step to full rights for corporate persons. “There can no longer be a compelling interest in government denying corporations in a loving relationship the legal recognition of their monopoly, even if polygamous,” he said.

However, the activists’ cause received a cool reception at the White House.

Press secretary Robert Gibbs said the president will continue to oppose any pro-corporate marriage laws in Congress. “President Obama intends to devote as much effort into stopping corporate marriage as he has into leading on health care reform,” Gibbs said.