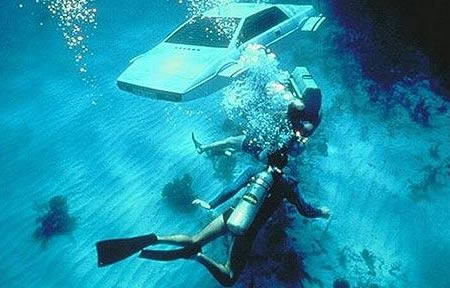 Rawstory.com posted an eye catching story yesterday about a small plane loaded with drugs going down in a New Mexico lake. Now, I had to do a double take because there just aren’t that many lakes in New Mexico.  So the odds of hitting one are pretty slim.  New Mexican police reacted swiftly to the crisis closing the lake to the public when, “…bundles of what turned out to be cocaine began floating to the surface.”  I can just imagine a run on dives shops across the state. All I can think is, “Where is that submersible car from the Bond franchise when you need it?”  Heron Lake, instant party town, and the next great Spring Break hotspot.

Why Are Kate And William Inviting A Bahraini Dictator To Their Wedding?

Duh!  Because they give really great gifts!  “Well I know it wasn’t on your list, but I’ve gotten you an island.  I had it man made in the shape of William’s bald spot.  I hope that you will like it.”

So the topic this morning at Casa de las Ranas is how Donald Trump will never be elected president because he has a bad comb-over.  In fact as we went back through our past president’s we found a real lack of “bad hair”.

George Bush, Sr. – Worst of the batch, but not bald

George Bush, Jr.- The only thing plentiful in his head is hair.

So I’m asking myself, “Why isn’t Mitt Romney our president?”  I mean you want to talk presidential hair, that guy has got it in spades.  The Frog says the Republicans real mistake in the last election was putting forth a candidate with bad (read: No) hair.  I mean they had to put Sarah Palin up just to balance the complete lack of John McCain’s hair.  Trump if you really want to make a go of this presidential run it’s time to drop the birther bullshit and get a rug.

Glow in the dark sushi for everyone!

I almost had a seizure when I read this article this morning.  Dear God what are they thinking?!!! Did you learn nothing from that horrible Matthew Broderick film?