During her campaign for Governor in 2006, Sarah Palin was given a candidate questionnaire to fill out. One of the questions was “Are you offended by the phrase “Under God” in the Pledge of Allegiance? Why or why not?” 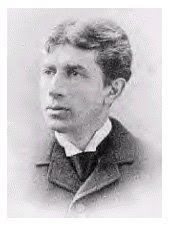 For fifty billion dollars, which of our founders wrote the Pledge of Allegiance?

That’s right! Socialist Utopian Francis Bellamy wrote it. And you’ll remember Bellamy from such America-founding activities as being born in 1855.

Furthermore, the words “under God” were added by a bill introduced by an obscure congressman at the behest of that minuteman Dwight Eisenhower. Now, I like Ike as much as the next guy, but he’s not exactly T.J., people. She’s a moron.

And remember, she said she’ll “fight” and the rationale for that fight is based on faulty intelligence, in this case, her own.

4 thoughts on “History is Hard”