Two stories got me thinking this week. The first is about the Pentagon buying up 9,500 copies of an officer’s memoir because, “they contained information which could cause damage to national security”.  They then allowed a redacted version of the novel Operation Dark Heart to be published and sold to the public.  It contains 21 lines of blacked out text in the second chapter.  Since the original printing of the book was 10,000 copies that means there are still 500 copies circulating, one now on e-Bay.  What the government thinks it’s accomplished I have no idea.  It’s like they painted a target on this thing and now everyone is going to go looking for those blacked out pages.

Similar thing happening with GOP antagonist and Tea Party candidate Christine O’Donnell.  She’s been bugging me since she won the primary in Delaware (seriously, what were you people thinking?!!!).  Well Bill Maher has started what basically seems to me to be a modern day witch hunt, no pun intended.  He’s putting up embarrassing video of her in an effort to get her to return to his show.  Now these videos make her look crazy.  She says things, “Evolution is a myth!”.  Do I feel sorry for her?  Not really.  Her political advisers painted a target on her when they removed all her website content the day after her big win.  It just created a big red arrow for the public saying look this way for things we don‘t want you to see.

What’s so ridiculous about both cases is that if they had just left well enough alone this probably would have flown under the radar.  Well maybe not O’Donnell’s website crazy, but it would have been written off much faster.  Now it’s a story with a life of it’s own. 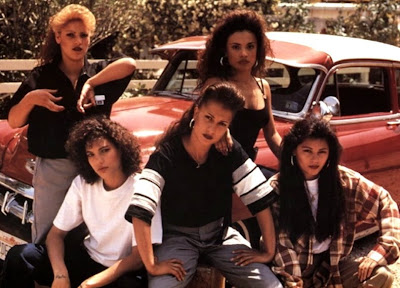 ‘Senator Helmet Hair’, the former cheerleader and news anchor—a senator whose career has been so undistinguished, she has not managed to produce a single major bill in 17 years—Big Oil’s fluffer, whose campaigns float along on a sea of industry money, and a politician who famously stated back in 1993, when term limits were fashionable, that she would serve no more than 12 years in the Senate…now repeats herself.

After an embarrassing loss to Rick Perry in the Republican gubernatorial primary, Hutchison has announced that, rather than retire from the Senate as she had promised, she’ll stay on till 2012. Gee like we couldn’t have seen that coming a mile away.

Headline: 11 Networks Plan Benefit Telethon
Translation: Limbaugh outraged- “What am I supposed to watch that night?”

Headline: Obama declares war on Too Big To Fail
Translation: Unfortunately, Obama was not too big to fail

Headline: Sen. Landrieu – It’s time to move on from healthcare debate
Translation: Has appointment to roll around in a bed full of lobbyist donations

President Obama’s new initiative to limit the size of corporations met with stiff resistance from civil rights activists today, following the Supreme Court’s ruling that corporations are entitled to the same right of expression as natural persons.

The ruling buoyed a group of corporate marriage activists marching in front of the White House. Many held placards reading, “Freedom To Merge,” “Adam & Eve and Comcast & NBC,” and “Keep Your Laws Off My Org Chart.”

Corporations who had gathered outside the high court cheered when the 5-4 decision was announced. “We’re close to winning equal rights as people, said Cerberus Capital. “Soon I’ll be able to call my insatiable desire to consume small companies something other than monopoly.”

Cerberus said he and his partners hope to someday start a family and adopt several Congressional oversight committees.

Pastor Jim Phelps, chaplain at the International Monetary Fund Wedding Chapel, has long campaigned for the right for two or more corporations to marry. Phelps hailed the court’s decision as a good first step to full rights for corporate persons. “There can no longer be a compelling interest in government denying corporations in a loving relationship the legal recognition of their monopoly, even if polygamous,” he said.

However, the activists’ cause received a cool reception at the White House.

Press secretary Robert Gibbs said the president will continue to oppose any pro-corporate marriage laws in Congress. “President Obama intends to devote as much effort into stopping corporate marriage as he has into leading on health care reform,” Gibbs said.

Two weeks ago I wrote about the upcoming decision in Citizens United vs. Federal Elections Commissions, and how a ruling in that case overturning the lower court, would destroy once and for all the fiction that citizens have any influence in the so-called democratic political system of the United States.

Well the Supreme Court just handed down their decision: 5-4 in favor of overturning the lower court’s ruling. So let me make the situation now absolutely crystalline clear by quoting from my previous post:

…McCain-Feingold will be eviscerated, corporations will be elevated to the status of people once and for all and will be able to dump as much money as they want, into any election they want, in support of whomever they want.

Imagine how politics will be conducted after such a decision. Any politician that deviates from the corporate orthodoxy, even a little, will simply be unseated in his/her next election. Corporations will deploy their limitless resources to ensure that no one…EVER…votes in a way that harms their interest.

From now on the only voice that will speak in US elections will be the voice of money. If you have it—corporations and the very wealthy—you are now infinitely more powerful, more equal, than any single citizen or group of citizens.

Need health care? Want to reform the insurance system? Want to force the government to stop giving public money straight to Wall Street? F*cking forget about it! No politician, from Pelosi to Reid, McCain to Feingold, will dare risk the consequences of opposing corporate interests.

As I said in my previous post: Game over!

Brown thanked an overflow of supporters at Boston’s Park Plaza Hotel. “You have helped this son of the Bay State get one step closer to my dream of becoming the first nude centerfold in the Congressional Record,” said Brown, who also was Cosmopolitan Magazine’s Mr. June 1982.

Brown attributed his late surge to Levi Johnston, former future son-in-law of former Alaska governor Sarah Palin, and Jeff Gannon, former White House correspondent for Talon News. “I am so grateful they were able to join me on the campaign trail in the critical final days, as examples to show the people of Massachusetts what the GOP has to offer.”

“The three of us were a former male nude model dream team,” he said.

The senator-elect said he looked forward to Senate orientation, and to meeting and working with his new GOP colleagues — “except for John Ensign, who is to never be left alone with my wife and daughters,” Brown said.

Coakley did not appear at her election night headquarters, instead undergoing treatment for a broken finger. The injury occurred at about the time Coakley pointed the finger at the White House, while complaining to chief of staff Rahm Emanuel that the Obama administration waited too late to start campaigning for her.

The Republican Party has high hopes for its prospects in midterm congressional elections, and they are crediting health care reform.

For even though no GOP senators voted for the measure that passed 60-39 on Christmas eve, a little-noticed provision of the bill stands to put slates of fresh new Republican faces on ballots this fall. “Thanks to health care reform, plastic surgery is now a legitimate campaign expense,” said Rep. Kevin McCarthy of California, chief deputy whip to minority leader John Boehner.

“America has the best privatized health care system in the world, and we are going to use that system to help us take back control of Congress,” said the Bakersfield Republican.

At McCarthy’s direction, Republican incumbents and recruits alike are being booked for appointments with the best Beverly Hills and Manhattan cosmetic surgeons.

“We will have the newest-looking, tautest candidates on the campaign trail this summer. Voters will be too busy looking at them to pay attention to what they’re saying,” he declared.

One of the first lawmakers McCarthy signed up for a makeover is Rep. Michele Bachmann (R-Minnesota). “I think Michele will benefit from extensive work around the eyes, to soften her weird undead vibe,” McCarthy said.

Asked whether there wasn’t a danger Bachmann and others might no longer be recognizable to constituents, McCarthy said: “We’re counting on it.”