In case it wasn’t already blindingly apparent to what’s left of the America’s middle-class, the ‘Thuglican establishment has no interest in job creation. Oh they may roll out the platitudes, like the GOP hopefuls did in this evening’s 10th primary season echo-chamber. They may hyperventilate about how we need to unshackle American business, reducing already absurdly low taxes, in order to secure a promise of new jobs—jobs that we know from experience will never be created. But look at the rhetoric: Mitt Romney wants to do away with another 500,000 government jobs…on top of the 600,000 that have already been lost during this recession. Mitch McConnell has admitted that GOP priority #1 is defeating President Obama, and in service of that goal you can bet that no action on job creation is going to make it out of the Senate. Of course, the House has made it abundantly clear that they’re not interested in jobs either, since not a single bill has been proposed that actually has a chance of creating a single job.

So it’s time to accept that as long as the GOP has a hand on the levers of power, the job situation in this country will continue to deteriorate. And why? Because that’s the way American business, as well as the multi-nationals that really control the GOP (Democrats as well), want things!!! Do you think 9% unemployment is a tragedy? Well…me too, but I
guaran-f*cking-tee that the attitude of Chase, or Cargill, or Microsoft is, “WHOOPEE!”

9% unemployment and a climate where there is only a single job for every 4 job seekers is a climate in which everyone is hungry—a climate where workers can’t afford to quibble about how many hours they’re working and how much they’re not getting paid. It’s an environment where benefits can be cut, salaries can be slashed, unions can be eliminated, and workers can’t do a damn thing about it because who can afford to risk getting fired when no one can count on ever being employed again.

9% unemployment is not a disgrace, not temporary, and certainly not something that government wants to fix. It’s just a good beginning.

As US debt negotiations propel this country toward the cliff, one thing is becoming increasingly apparent: Republicans are not interested in a deal, not even on their own terms. Obama has put forward a $4T plan that…well…gave the Republicans more than they asked for on deficit reduction. Boner and the House Thug’s rejected it because it included new revenues. Harry Reid, quite literally, gave Boner everything he’d outlined the previous week. Eric C*nter called the plan a “gimmick”.

Pundits claim that this high-stakes brinksmanship is about destroying the Obama administration, about defunding Medicare so that it can be used in the next election to get a ‘Thuglican back in the White House, but this is incorrect.

Republicans want a default, and here’s why: They’re not out to destroy Obama but the middle-class. They want, with one stroke, to wipe out that class of people that provide stability in this country but that also make elections volatile and unpredictable. They feel, that if they can destroy the middle-class, they can somehow consolidate Republican power for a generation.

Personally, I can’t really grok this twisted logic, but the result—what will happen to markets on Thursday and Friday—is the end that justifies, or at least exposes, the means. When 8 trillion more in wealth is wiped out between Thursday and Monday of next week, the loss will fall squarely on the middle-class. Most of us will be wiped out in one giant financial massacre, and every time I see the Republicans walk away from the negotiating table with some pathetic, lame, entirely new, excuse I become more convinced that the real goal of the Republican party is to finish us off for good.

I am so sick of the debate over the debt ceiling.  It’s all anyone has talked about for the past couple of weeks.  News outlets breathlessly report that we are approaching the time limit for passing debt ceiling legislation while Tea Partiers harrass their newly elected representatives saying that raised taxes will end in their being turned out of office.  It’s all rhetoric.  That is until Moody’s really does downgrade the U.S. credit and we’re all totally humped.  And President Obama, this appeal the middle class to ‘sacrifice’ for the sake of the Nation.  You can just stuff it.  I’ve sacrificed all right.  I’ve paid into social security, worker’s comp and Medicare/Medicaid all my life and I’m not going to get diddly from any one of those programs.  I accept that and I’ve planned for my retirement, but if you and the Congress blow this one the U.S. economy is going to spiral into freefall and once again I’ll watch my retirement savings vanish in front of my eyes.

It’s time for you people to make a deal and get real.  Raise taxes.  You don’t pay your bills by making less money, why on earth would you believe the U.S. can meet it’s debts without bringing in more cash?  We are borrowing money now because we don’t have enough to meet our obligations.  Cut spending.  Stop funding wars, prisons, and programs we simply don’t need.  No sacred cows.  Just do it.  America is tired of hearing you all rail about the debt.  We want a solution, not more hot air so get in there and hash out a deal.  Or I myself will make it my mission to turn you out of office.  You hear me?

A quote I had to repost from WashingtonPost.com:

It seems odd the courts find that citizens cannot dance at a memorial, because the dancing distracts from the ‘solemn commemoration’ at such sites, but also find that the Westboro Baptist Church members can stage their repugnant protests at the funerals of our fallen soldiers.  Apparently, our enlightened courts do not consider the church’s protests as a distraction to the ‘solemn commemoration’ of a soldier’s funeral.  Only in America!

Couldn’t have said it better myself.  No justice. “The death of bin Laden marks the most significant achievement to date in our nation’s effort to defeat Al-Qaeda.”

I hate organized religion. What a slick piece of work this guy is. Disgusting. If you’re a rich pastor and your congregants are poor, be like Jesus and give some of your wealth away. If you don’t, you’ve really just missed the point.

We need to bring him back to create a special ring in Hell for the Westboro Baptists.  They plan to picket Elizabeth Edwards funeral today. Ostensibly for blasphemy, assaulting God, and I quote:

Elizabeth Edwards & her faithless husband, John, lightly esteemed what they had. They coveted things that were not theirs – and presumptuously thought they could control God.

So you’re going to punish a woman because her husband cheated on her?  Or is it really just that she was a gay rights advocate.  I don’t think this has anything to with religion.  It’s for publicity.  Pure and simple. 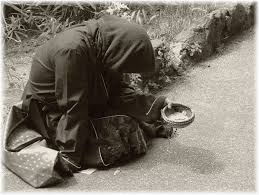 The Republicans, those staunch defenders of the Bush era tax cuts are in a bit of hot water this week.  Seems they’ve voted against a democratic bill to award $250 checks to recipients of Social Security.  They consider it “too expensive”.  HR 5987 was blocked by House and Senate Republicans on Wednesday.  They claim the nation can’t handle the $14 billion tab incurred by giving out these checks.  Even though they know full well that seniors on Social Security haven’t received a cost of living increase since 2009, and none is expected in 2011.  So, let me get this straight.  We can afford for rich people not to pay their taxes, but we can’t afford for old people to give a bit of extra scratch in their stockings this year?  You guys really are a bunch of Grinches!